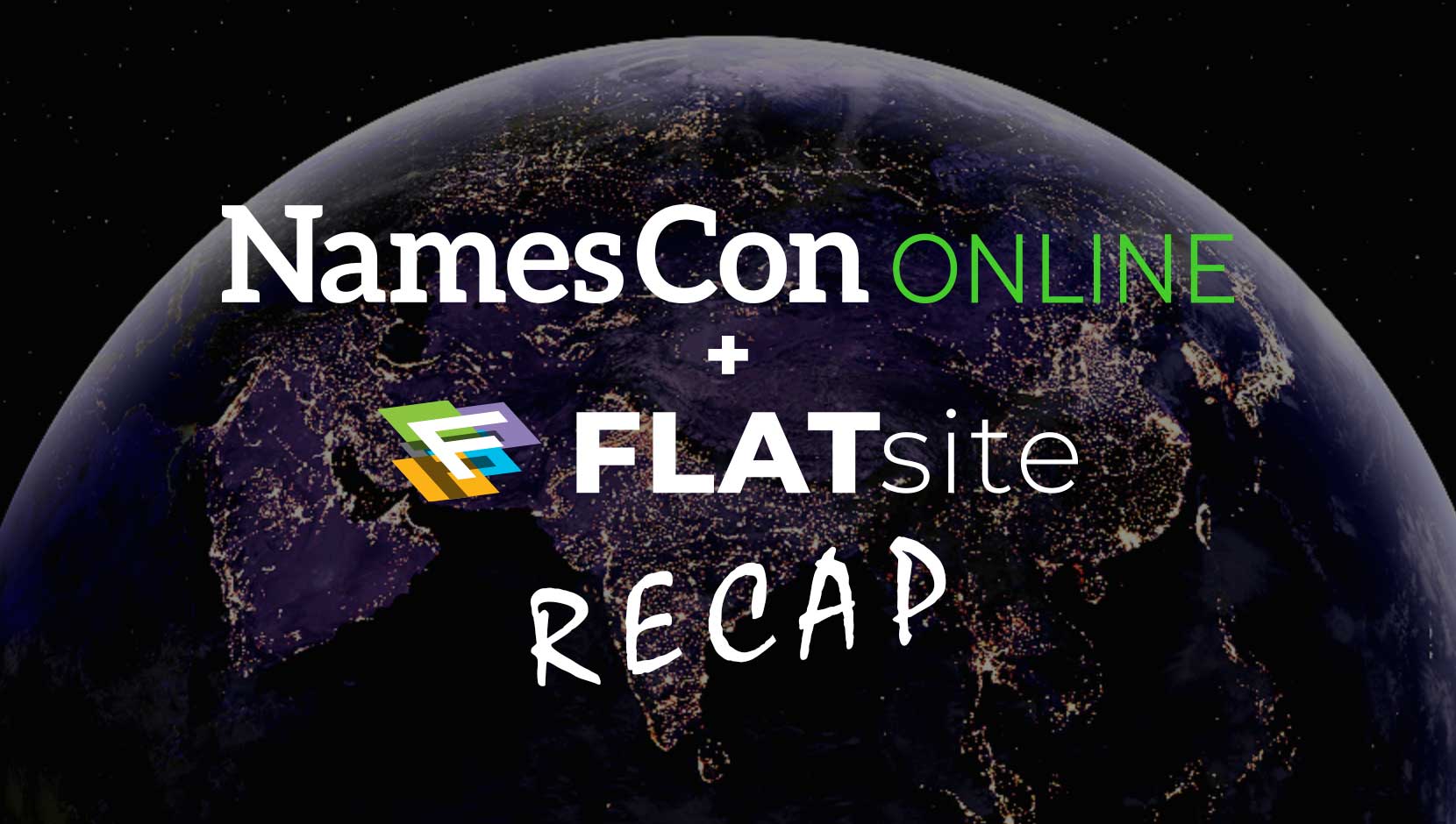 The domain industry is still one of the biggest, fastest-expanding sectors in tech. High-value domain names can sell for millions of dollars, so it’s no wonder that services like FLATsite continue to see a huge surge in signups after events like NamesCon. (In case you missed our industry-shifting presentations at NamesCon, don’t worry! We’re offering a free trial of FLATsite right now to anyone who’s lucky enough to read this post!)

Everything you need to know about NamesCon

NamesCon is the biggest and most anticipated annual conference of the domain industry. Ever since it was founded in 2013, the developers of NamesCon have done an amazing job bringing together experts and beginners in the domain industry. This means that people who are earning $500 a year from their domain name side hustle can mingle with people who are earning $5 million a year.

FLATsite was a hit at NamesCon Online 2020

For three full days (September 9-11), lucky NamesCon attendees were showered with tons of information from industry giants. And…not to toot our own horn, but one standout innovator this year was definitely FLATsite.

FLATsite is a static WordPress generator that makes it easy for freelancers, developers, agencies, and regular Joes to turn their WordPress website into a static website. That way, you get all the benefits of WordPress, with none of the bad stuff.

(By the way, we want to take this time to say congratulations to the five winners of our NamesConOnline competition! You guys are amazing, and we eagerly look forward to seeing what you’ll do in the future.)

Why did NamesCon go online this year?

At NamesCon, the name of the game is networking. But in a post-COVID-19 world, we have to think outside the box if we want to make meaningful connections. So, NamesCon decided to go online, so they could bring you the full NamesCon experience right in your living room!

If you’d thought NamesCon Online would only be a watered-down version of NamesCon, you were pleasantly surprised. In addition to the same keynotes, panels, breakout sessions and partner events we’ve all come to eagerly anticipate from NamesCon, we also enjoyed a vibrant social wall and virtual meeting tables that made networking even easier!

In this no-fuss virtual setting, if you wanted to listen in on an interesting conversation, you could join it and lurk without feeling awkward. Eventually, though, even the shyest among us turned into huge chatterboxes once they got to talking about their passions with industry experts.

And that’s only part of the reason why…

NamesConOnline was a huge success!

NamesConOnline was an amazing, once-in-a-year networking opportunity, and attendees grabbed hold of this unique chance to expand their networks.

With the introduction of static sites and massive online conferences, the word of the day is innovation, and we’re stoked to be a part of it!

Thanks again to the NamesCon team for having FLATsite as a platinum partner, and congratulations on a fantastic job of moving a physical conference to a virtual platform! We know that couldn’t have been easy, but you did it seamlessly.

What to Expect at WPFest 2021 Summit

Close Menu
We could not find any results for your search. You can give it another try through the search form above.